10 Things you didn’t know about Malta

Let’s talk about a beautiful and mesmerizing country: the Republic of Malta. The island country is located in the Mediterranean sea. Islands of Malta are flat and rocky with a coastline that consists of cliffs and bays, perfect for harboring vessels. The capital Valletta is a UNESCO World Heritage Site in 1980 for its many historical buildings dating back to the 16th century. Also, Valletta is the smallest capital in the European Union with an area of 80 ha. Even though Malta is a small country, it has a reach history. The Greeks, the Romans, the Arabs, the Normans, the French and the British wanted to conquer it.

Malta has wonderful landscapes and magical history. We will captivate you with some interesting facts. Here are 10 things you didn’t know about Malta!

1 – It’s actually an archipelago, not a singular island.

The Republic of Malta is actually an archipelago consisting of four big islands and other smaller ones around it. The largest island Malta is the “mainland”. This island is also the cultural commercial and administrative centre of the country. It has an energetic nightlife and many relaxation options. Malta doesn’t have rivers or mountains and its geographical structure is low flat hills with terraced fields. Malta also has a coastline with impressive harbors, bays, creeks, rocky coves and sandy beaches.

2 – Malta used to be the nursing place for soldiers during World War I and II.

At a safe distance from the battleground, this island became a sanctuary for those harmed in the war. During WWI, Malta became the nurse of the Mediterranean, treating more than 136000 wounded soldiers. From the battlefield of Gallipoli, Malta’s first batch of patients arrived in 1915 to the hospital’s island. As a base for the allied powers, Malta also played an important role in World War II, being actively bombarded by the Germans. Because they were isolated and with no way of getting supplies, Maltese doctors from the war hospitals were bound to perform medical operations with zero safety measures.

In comparison to other EU countries, the taxes in Malta are relatively low. The country is a perfect place for retirement since one can probably afford a huge house with a pool there. Malta’s nickname is “Panama of the EU” because of its tax system that charges the lowest tax rates on profits in the EU. 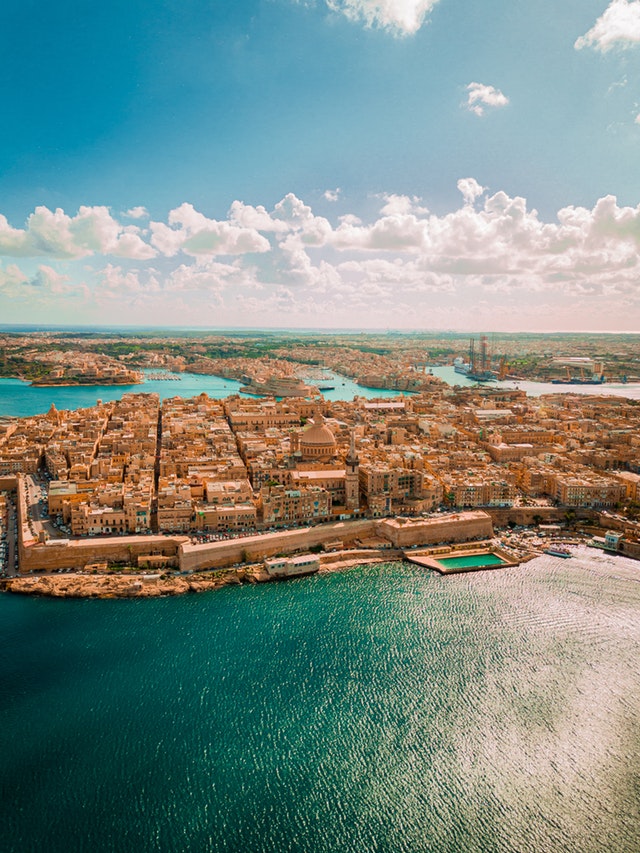 4 – There are more than 365 churches in the Maltese islands.

Over 90% of the Maltese population are Roman Catholics, but only 3/5 of them practice their faith. Malta’s landscapes are full of beautiful churches and chapels that dominates the skyline and can be seen over its flat top hills. Usually, the wonderful churches are at the core of villages. You can easily spot them due to their beautifully designed domes. In fact, the island has so many churches that if you’re visiting you’ll most likely encounter a patronal feast somewhere in the country. The number of churches rises up to 365, one for each day of the year and the church density is about one church per square kilometer.

Global citizenship has become very popular amongst wealthy businessmen. The Maltese citizenship program enables foreign nationals to buy properties anywhere across the island. Malta is also a popular destination for businessmen who are looking for citizenship through property investment. The question that the EU’s asking is if those investors are really living in Malta or if the country and their Maltese citizenship is just a way for them to travel through Europe without issue. Russian magnates have bought properties in Malta for hundreds of thousands of dollars just for that reason. A lot of wealthy people are taking advantage of the citizenship and passport situation in the country.

6 – There is not much color in Malta.

According to the planning authorities, “buildings in Malta can only be of natural earth colors or pastel tones with some architectural elements in darker tones, monochrome hues or primary colors that may contrast the facade of the buildings”. The dominant colors in Malta are beige and green because of the limestones color and the plant color. The most common construction material in Malta is limestone. Nowadays, Maltese people have found some ways to cheat the planning authority set of rules, painting their doors and balconies bright colors such as deep blue, neon green, and pink.

7 – The Maltese cross on the flag has a strong meaning behind it.

The maltese cross was officially adopted by the order of Saint John, also known as the knight’s hospitaller in 1126. It’s an eight-pointed cross with four V-shaped elements united in the middle, leaving the tips of the letter-like features spread outward symmetrically. The Maltese cross has its origins in the crosses used by the crusaders and is identified as the symbol of the Christian warriors. Furthermore, the eight points of the maltese cross signify the eight goals of the warriors: living in truth, having faith, repenting of one’s sins, being humble, loving justice, being merciful, being honest and wholehearted and injuring persecution. 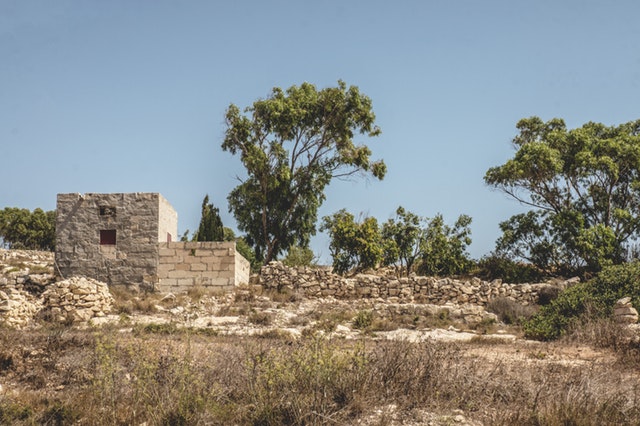 Malta is a beautiful and full of history country and UNESCO agrees. The country has not only one, but three UNESCO world heritage sites. One of them is the capital itself. Those three sites are the City of Valletta, the Megalithic Temples, and Ħal Saflieni Hypogeum. As we already stated, the capital has mainly historical buildings dating back to the 16th century. Built between 3600 bc and 700 bc, the megalithic temples of Malta are amongst the earliest stone buildings in the world and some of them were constructed 1000 years before the Egyptian Pyramids. The house Ħal Saflieni Hypogeum was built on a hill overlooking Valletta and was once used as a sanctuary and cemetery between 4000 bc and 2500 bc.

9 – Malta is the decor of famous movies.

Movies like Murder on the Orient Express, Assassin’s Creed, World War Z, and The Da Vinci Code have been shot in Malta. The country’s historical sites are popular amongst movie makers. The 17th-century Fort Ricasoli is a beautiful location where Ridley Scott filmed Gladiator. Also, the historical fort is the place where ancient Greece was brought to life in Troy. Furthermore, the legendary HBO series Game of Thrones was filmed in Malta too. The old capital Mdina appears on the show as King’s Landing. Showing islands modern size movies like a Slacking Munich and Captain Phillips’ transform Malta into modern-day Athens, Rome, and Cyprus

10 – There are catacombs underneath the City of Mdina.

The City of Mdina is the old capital of Malta. Saint Paul lived there after his shipwreck in 60 AD. The catacombs, also known as the catacombs of Saint Paul, weren’t hiding places or living quarters. They were meant to be cemeteries because the Roman law prohibited burials in the city. The long corridors have tombs and vaults on each side and some of them are beautifully decorated with reliefs and frescoes. Saint Paul’s catacombs were in use in the 4th century and are now home to some of the most important evidence of Christianity in Malta.

Ready to travel and visit Malta?

Let us know in the comments what facts surprised you, and what else we should know about the country. We hope this article made you curious about the country and sparked an interest in visiting.